Can I bake you a story?

When I was 9 years old, my mother bought a small machine called an Inframatic. One could grill and bake on it. Since nobody had much use for it, I claimed ownership and played with it.
Grilling chicken meat was easy. I would need to marinate the fillet or wings in different sauces for a few minutes while I preheated the Inframatic. Then I would put the meat on the grilling plates and close the cover. Once the meat was ready, we would all sit down to eat it. The only downside was washing the greasy plates. I would rely, ahem, on my mother to help me do them.
I remember toasting sandwiches stuffed with slices of boiled eggs, onions, tomatoes and an amazing potato salad my mom made in those days. I had to strike a balance between making the sandwiches juicy while ensuring the fillings did not spill out. Not a difficult task.
When my mother baked, I would sit and watch her. She would beat the sugar and the butter. Then she would add the eggs and the flour. She would mix the ingredients one by one until the batters were ready. Then she would place them in the Inframatic and bake for a few minutes. The cakes would come out looking perfect and they tasted great. Always.

But when it was my turn to bake, it was a nightmare.

I would struggle with the amount of ingredients and how I was mixing them. The batter would look great but the cakes would not have the right texture, looks, or taste. I was so frustrated once that I put everything together into a blender and mixed them at one go. I placed that batter into the Inframatic. Within minutes I had a 2cm thick slab of roti. I was sure if I threw it at someone, I could hurt him or her real bad. But that little me had a little ego then. Instead of accepting defeat, I ate it up. All by myself. And I vowed to try harder. After several weeks of trying, during which I exhausted my pocket money (if you could call it that) several times, I succeeded.

Stories are like cakes. Creating them is akin to baking. The success of a story depends on how well the author has chosen the ingredients and how well he or she has mixed them.

Some of these ingredients are outlined below.
The Characters in the story may be good or bad, real or imaginary.
The Plot or the structure of a story is the sequence of events the author puts together.
The point of view is the angle from which the story is told.
The length of a story makes it a short story, a novella, a novel or an epic. So in plain terms, we are talking about going from a few words to several thousands.
Then there is the genre of a story, a term used to group works with similar themes and settings. Some examples are mystery, horror, romance, etc.
The location of a story is where it unfolds.

Over the next few posts, we shall talk about these ingredients and many more. Once we are done, you will never look at a story in the same way again. 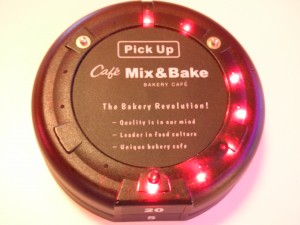