They had come together as if by design. Her own children had abandoned Sita Devi because she had become a burden. At 78, she could hardly see beyond 4 feet without her spectacles. Somebody had told her she needed new ones. She could not afford a new pair; hunger ruled over sight.
Ram Pyare was the lone survivor of a tragic accident. A speeding truck had run over his sleeping family. Old and poor he was, a quitter he was not. Odd jobs kept him alive.

Their relationship had started three years ago, on the day Ram Pyare had heard Sita Devi sing. He was hurrying down the steps to get into the Virar local, his harmonium hanging from his shoulders. It was his last train for the day. As he pushed his way through the crowd, he had heard her voice.

It was not the song but the voice that had mesmerized him. He didn’t board that train.

The two had combined forces. Ram Pyare played the harmonium while Sita Devi sang with her melodious voice. They worked at Andheri Station from morning ’til night, everyday. They had grown used to each other and were a family now, if one could call them that. As Ram Pyare played along, he felt uncomfortable. He was perspiring. The stabbing pain in his chest was getting worse. Not wanting to alarm Sita Devi, he had kept it a secret. Anyway, it wasn’t important. Just one of those small things that accompanied old age. He was thankful he had no ailments. Some of his friends complained of joint pain all the time. But his fingers still stood by him. It may be wind in the stomach or something. He made a mental note to eat meals on time. That would take care of the pain.

Sita Devi had noticed a difference in the manner Ram Pyare was playing that day. He was slow. He had missed some notes. And his familiar enthusiasm was absent.

“It’s nothing. Just a little pain in the chest.”

“Since noon. Don’t worry. It’s nothing.”

Later in the evening, they headed home – a bridge under which nothing flowed in the dry seasons. The monsoons were a horror story though.
Ram Pyare could take the pain no longer. He collapsed on the ground, his harmonium making a thunderous noise.

Sita Devi jumped. She could not see much in the dark. But she knew he was on the ground and sat down beside him.

He grunted in response.

She should get him to a doctor, she thought.
“Just hang on. I am going for help. I’ll be back soon.”

She managed to pull herself away from him.

Clutching their money pouch, which contained an entire day’s savings, she stumbled towards the platform. At least she had money, she thought. Not much but enough.

She began shouting for help hoping to catch someone’s attention. Tears rolled down her cheeks.

“What happened, grandma?”
She didn’t recognize the voice but it didn’t matter. She tried to explain as quickly as she could between gasps.

“I think we should get a doctor. I know one that lives in this neighbourhood. I’ll go get him,” he said. “By the way, do you have any money?”

Sita Devi took some money out of the pouch and gave it to him.

“This isn’t enough, grandma. He may request his fees in advance. I may have to get medicines…”

“This is all we have.” She held out the pouch to him. “Please come back soon.”

Asking her to return to Ram Pyare, the man took the pouch from her and hurried off into the darkness. Sita Devi struggled her way back to where she had left Ram Pyare lying on the ground.

“Ram Pyare!” she called out.

Tears continued rolling down her cheeks. 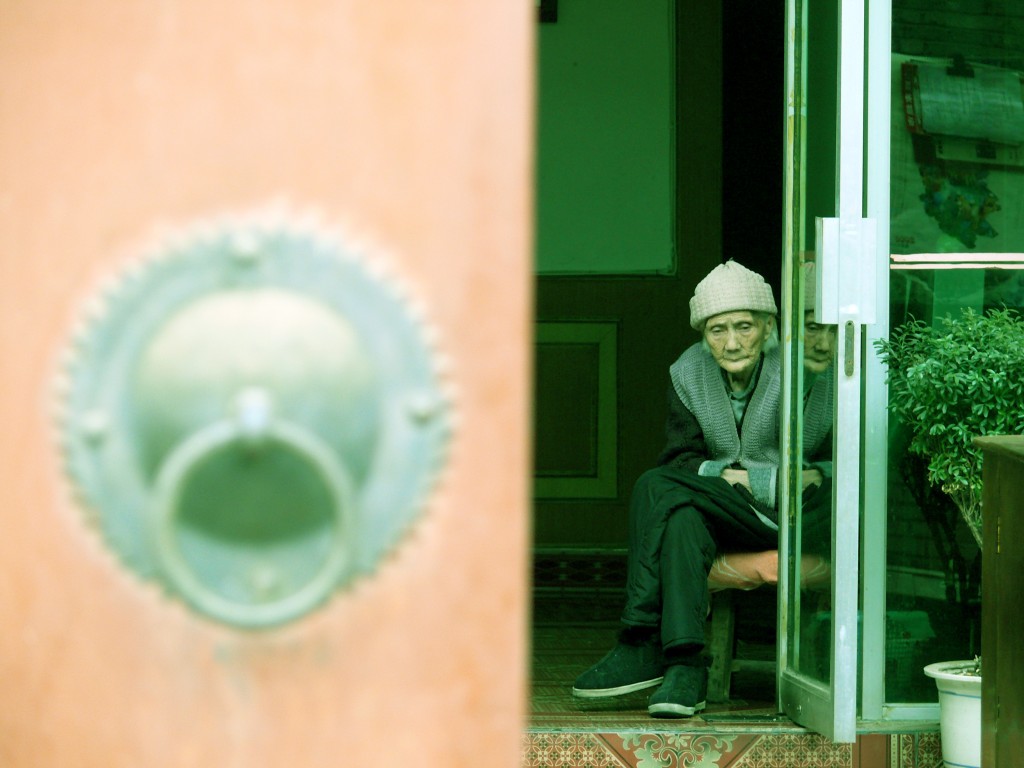